One of the most exciting thing for me while watching a TV series or movie is coming across a reference to something I’m interested in. I get that nerdy tingly feeling when I discover an easter egg, understand an obscure detail in the plot or hear a line or dialogue in a language I’m learning or one that is my native tongue. *cues moment in Star wars: Return of the Jedi and The Force Awakens when Kikuyu is spoken*

Japanese culture is a very essential part of pop culture in the 21st century and as such there are a lot of references to Japan and Japanese culture in movies and TV shows these days. Here are some of my favourite references from TV shows and movies that I absolutely love and the fact that they have that bit of Japanese touch makes them all the more special for me.

More relevant to this post though, the film features many references to the Japanese culture. The film follows the life of two Japanese-American robotics genius brothers (Hiro and Tedashi) living in a fictional city dubbed San Fransokyo (ring any bells, the name is a hybrid of the cities of Tokyo and San Francisco). The film was actually meant to combine American and Japanese styles and this is evident in the manner the characters have been animated. As you can imagine it features many elements of Japanese culture from food to martial arts to robotics. Even the villain gets in on the Japan action by using a Kabuki(classical Japanese dance drama) mask to hide his identity. However, the greatest gift  Big Hero 6 gave us must be Baymax (that loveable squashy white robot up there.)

Zombies hadn’t always been my thing until the walking dead came along and over the seasons I have grown to love Rick and his group and their walker slaying adventures. I liked the show even more when Michonne, the Katana* wielding bad-ass, if you’d pardon the language, was introduced to the series. The show continued to reference Japanese culture with Morgan’s new found martial art skills which happen to be Aikido*.

A Katana sword is one of the traditionally made Japanese swords used by the samurai of feudal Japan while Aikido is a modern Japanese martial art that practitioners could use to defend themselves while also protecting their attacker from injury.

This Netflix hit brought a darker, more street approach to the Marvel Superheros we’ve come to know and love. The series follows Matt Murdoch an attorney(or avocado Daredevil fans will get this) at law during the day and a crime fighting vigilante at night, also did I mention he is blind!!! The Japanese come into the plot as part of the crime syndicate Matt is trying to fight to save his hometown of Hell’s Kitchen. There are amazing Japanese martial art fight sequences and you’ll also get to enjoy some Japanese dialogue along the way. I cannot wait for season 2 🙂 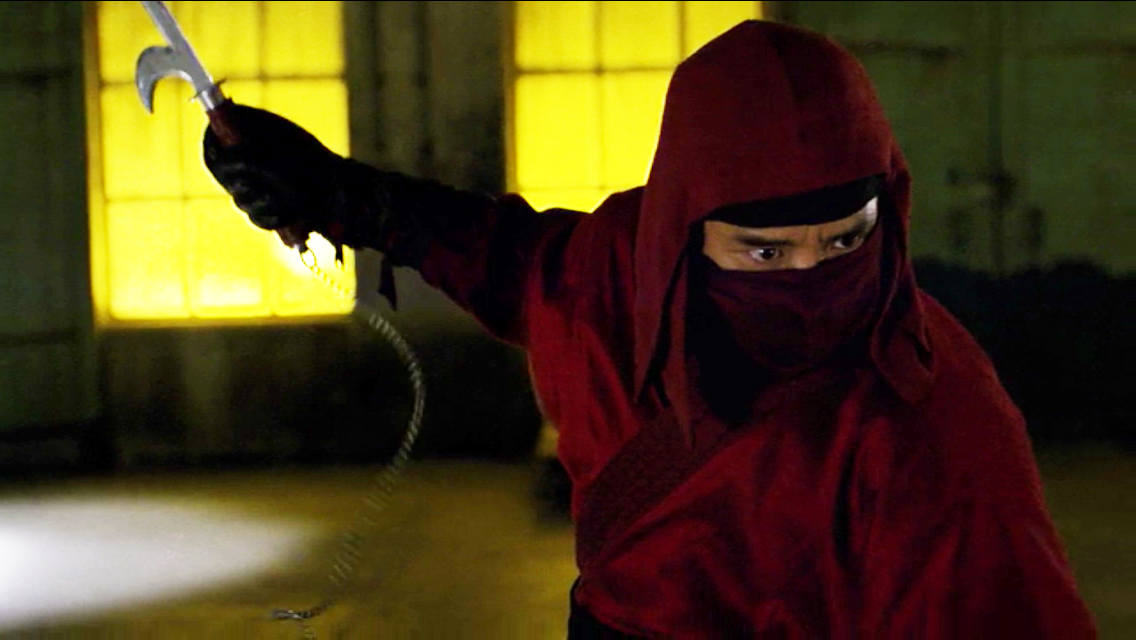